Originality in Performing Comedy Magic in Colleges and Corporations 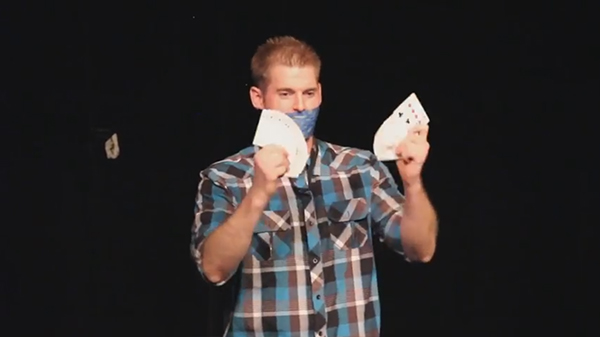 One of the most common questions I’m asked over the years while performing magic, whether I’m doing corporate magic, college magic, or even magic for kids, is if I created all of my material? Creation and invention are a huge part of magic and while yes I create a lot of my material, there is some magic that I perform that is marketed material. People believe this means I’m performing someone else material and that anybody can do it. That is actually a very big misconception. When a magician or comedian magician acquires something from another magician or the magic community it could be something as simple as a new slight of hand or even just an idea for a magic effect. It is up to a magician or comedian magician in my case to create the routine, write the jokes, script it, plot out the movements and redesign any element of the original routine to make it completely his own.

I like to compare a magician to an artist, in which an artist will learn a method for a specific brushstroke to create details on a tree. Or they may learn a method for blending paints to create a perfect sunset. But in the end that artist still has to create the whole picture or image and utilizes the new techniques to improve his overall product. This is exactly how a magician creates a magic routine or performance piece as opposed to just showing a basic trick. As a comedian magician not only do I have to create the whole routine but have to write countless jokes to turn something that could have been too serious into something that is hilarious and magical. It is the same reason that two magicians can perform a magic effect that are very similar in technique but are completely different and are instantly recognizable as an effect belonging to the magician who created it. In fact, when I create a new magic routine it is usually so specific to me and my character that it would just be weird and awkward for another magician to attempt to copy.